The stunning upset of the election of Donald Trump as President has sent political Analysts scrambling to understand how polls and Media pundits could have been so wrong in their predictions. A Reuters/Ipsos poll reveals that 31 percent of Latino voters in Florida secured Trump’s win of that crucial “Swing State,” and that Latino voters also played a factor in Trump’s win in the border States of Texas and Arizona.

Download the PDF here for better viewing and printing

Earlier this year, candidate Trump angered many Americans of all ethnic backgrounds with his denunciation of illegal immigrants crossing the border of Mexico as “drug dealers and rapists!” Trump’s singular campaign pledge was to erect a “Wall,” much like the Great Wall of China, along the border with Mexico to stop illegal immigration – and drug trafficking – and utilize legal means to make Mexico fund this wall.

So why did more Latino-Americans vote for Trump than for Republican candidate Mitt Romney 4 years ago?

For the simple reason that Trump told the truth; drug dealers in fact invade America across the porous border with Mexico and many of the victims of such drug dealers are members of America’s Latino communities.

No Latino crusader understood this plague more so than the late Manuel de Dios Unanue, the Editor of El Diario la Prensa, New York City’s largest-circulation Spanish language newspaper. De Dios, a native of Cuba, utilized his position to publish stories and Editorials denouncing the Latino drug cartels that fueled the crack cocaine epidemic of the 1980s and 1990s that decimated New York’s Latino communities, most notably the area of Upper Manhattan known as Washington Heights. On a single day in 1988, in 2 separate incidents, two New York City Police Officers, Christopher Hoban and Michael Buczek, were murdered by such drug dealers in Upper Manhattan.

De Dios himself was murdered in New York City in 1992 on orders of drug lord Jose Santacruz Londono. Once President, Bill Clinton personally sent his DCI John Deutsch to Colombia to join the hunt for Londono, who had bribed his way out of prison. Londono was then killed in a shoot out with law enforcement authorities.

The drug-inspired violence committed by Latinos against Latinos throughout America continues to this very day. In May, 2015, Raul Zamora, a member of the Mexican drug trafficking gang “Sureno 13” murdered a fellow member of his gang in broad daylight in Queens, New York.

In September of this year, 4 teen-agers, Nisa Mickens, 15, Kayla Cuevas, 16, Oscar Acosta, 19, and Miguel Garcia-Moran, 15, were found murdered in the sleepy Long Island, New York community of Brentwood. No arrests have been made, and law enforcement authorities believe that members of the “MS-13” drug gang, illegal aliens from El Salvador, are responsible.

Similar violence is occurring in Latino communities across America. And that is why Latino-Americans played a key role in the election of Donald Trump as President of the United States.

J. R. de Szigethy is a Manhattan-based crime reporter who can be reached at: writer10021@aol.com 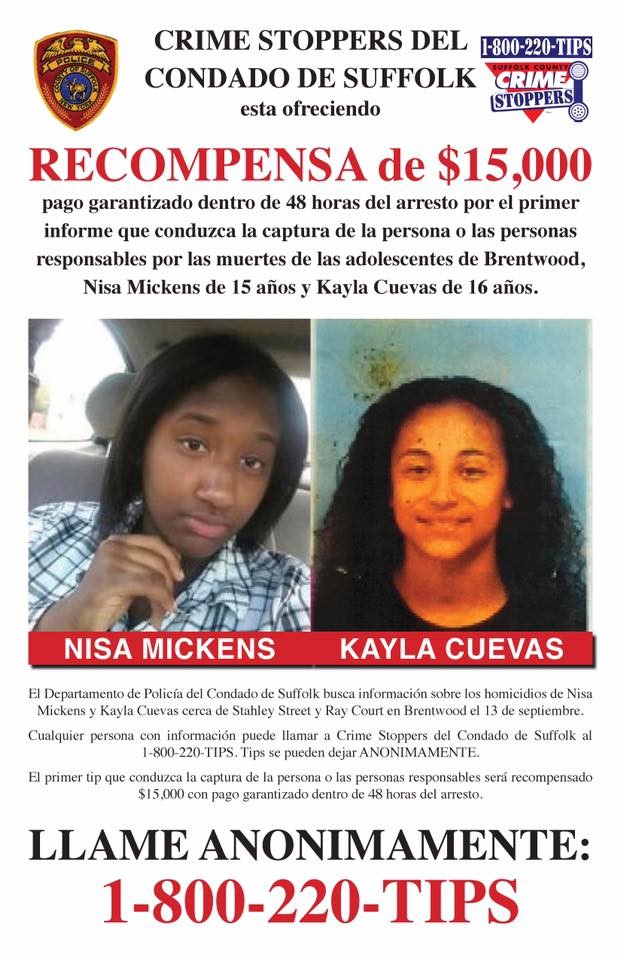