Police Officer Cione was gunned down when he stopped three males near 17th and Oxford Streets in North Philadelphia on January 30, 1970,   Police say one of them opened fire.  The killers fled, and have never been identified. 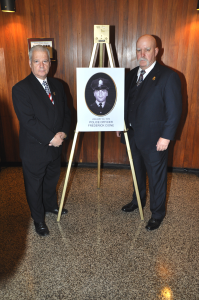 On Thursday January 16, 2014, the National Police Defense Foundation (NPDF) Executive Director, Joseph Occhipinti and other NPDF officials joined the family of PO Frederick Cione killed in the line of duty on January 30, 1970 almost 44 years ago to announce the posting of a $10,000 “SAFE COP” reward.

The posting of the $10,000 Safe Cop reward was predicated upon a request from Philadelphia Police Deputy Commissioner Nola Joyce on August 8, 2013. This crime is the only unsolved murder of a Police Officer in the history of the Philadelphia Police Department. Our family of one deserves closure, indeed case closed by the arrest(s) of his murderers if still alive. A plaque at 17th and Oxford marks the spot where Officer Cione was shot and killed, a reminder of how vulnerable members of law enforcement are and that we are one family that never forgets our own.

Frederick Cione was a first year officer, a Vietnam veteran, and only 25 years old, he was denied a family and a future by his assailant(s). It is unfathomable how a death of a young police officer went cold case.

“One or two  names, persons of  interest,  did come up;  however, we  never had quite enough to make an arrest,” Captain James Clark of the Philadelphia Police Department said. 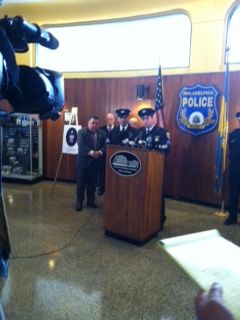 and is now retired. His two sons, Fred Cione’s nephews who were born after his killing, are today Sergeants.  “You  just keep  hoping.  There’s  nothing else you can do. You just hope somebody makes a mistake. Somebody does something to a friend he didn’t like and he makes a phone call to Homicide. That’s how sometimes cases get solved,” Nick Cione said.

There is now $40,000 in reward money for anyone providing key evidence: $10,000 from the National Police Defense Foundation, $20,000 from the city of Philadelphia, and $10,000 from the Fraternal Order of Police. A family of a police officer is in need of closure, an innocent soul needs to rest. 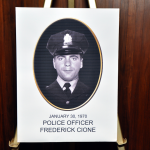 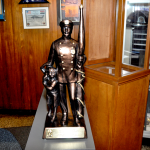 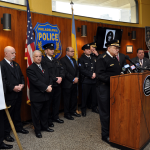 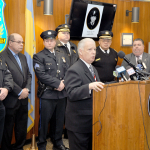 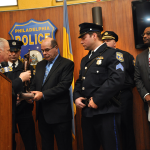 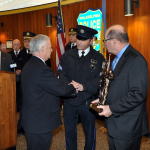 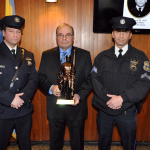 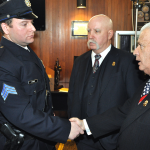 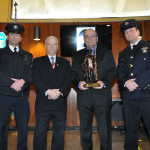 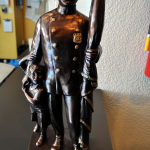 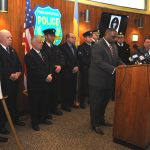 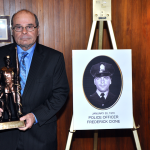 Since 1970, An Unsovled Killing, And  A Presence

END_OF_DOCUMENT_TOKEN_TO_BE_REPLACED

The National Police Defense Foundation has issued a $10,000 reward for information leading to the arrest and conviction of suspects... END_OF_DOCUMENT_TOKEN_TO_BE_REPLACED

The NPDF mourns the tragic loss of Pennsylvania State Police Cpl. Bryron Dickson and serious injuries sustained by his partner in... END_OF_DOCUMENT_TOKEN_TO_BE_REPLACED

The murderer of Tampa Police Officers’ Jeffrey Kocab and David Curtis was found guilty and will be sentence next month. ... END_OF_DOCUMENT_TOKEN_TO_BE_REPLACED