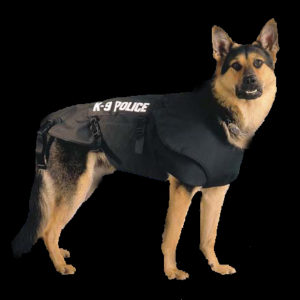 The NPDF also expanded the Safe Cop program to provide customized body armor for K-9 Police dogs engaged in dangerous police operations. The program was predicated upon a nationwide increase of assaults and senseless killings of police dogs. The program was unveiled at a Press Conference at the Broward County Sheriff’s office (BSO) on August 25, 2009. The NPDF presented body armor to BSO Deputy Jerry Wengert and his dog “Bali” whose former K-9 partner was killed in the line of duty in July 2008 and Sergeant Lyndean Peters of the Golden Beach Police Department and his K-9 partner, “Bento”. There was significant media coverage that recognized the NPDF’s efforts on the Safe Cop program and the assistance provided the Broward County Sheriff’s Office over the past year.