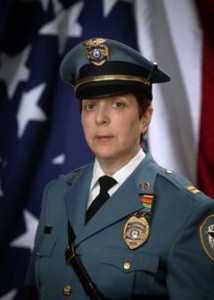 The NPDF is proud to be presenting Capt. Donna Roman with this year’s Woman of the Year Award in recognition of her lifelong achievements in law enforcement and the establishment of her outstanding organization “Women in Blue”.

Captain Donna Roman served 29 years in law enforcement in the Patrol Division of both the Essex County Police and Caldwell Police Departments.

Donna is the founder and President of Women in Blue, a fraternal association that mentors, advocates and honors the role, work and accomplishments of women in law enforcement; and Violence Intervention and Prevention Specialists, a business that offers consulting, training, and workshops on domestic violence, sexual assault, bullying, workplace violence and more.