30 years after they were both murdered by drug dealers on the same day in Manhattan, the NYPD has named a rescue boat after Officers Christopher Hoban and Michael Buczek.  “These two NYPD cops, who didn’t know each other in life, have become inseparable in the 30 years since their deaths,” Commissioner James P. O’Neill stated in announcing the new boat that will patrol New York Harbor. 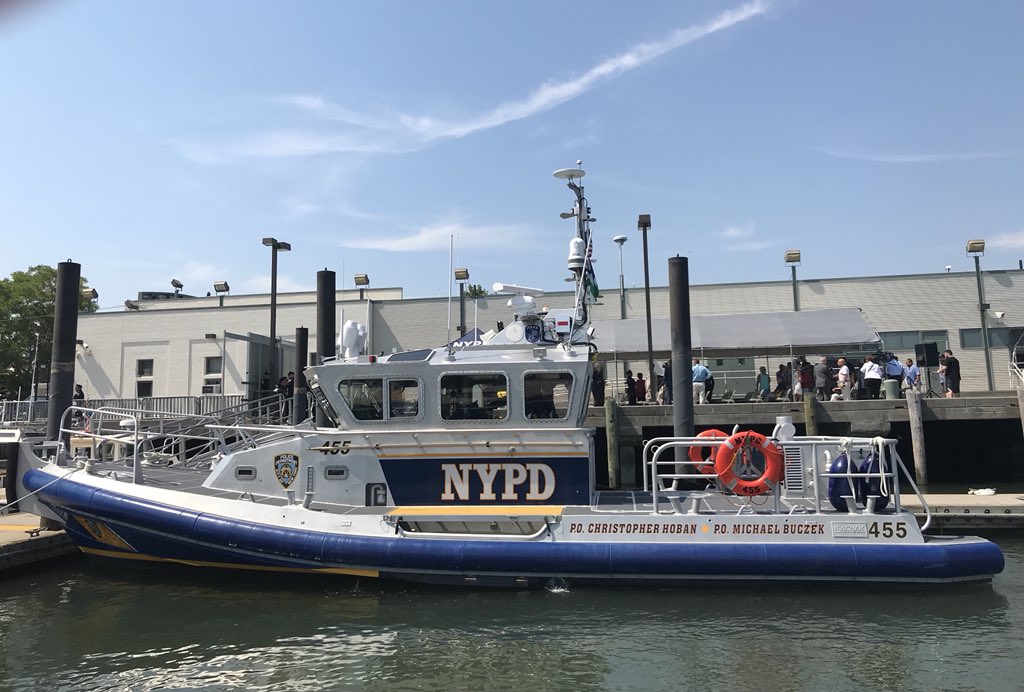 October 10, 1988, was one of the most tragic days in NYPD history. Police Officer Michael Buczek, just 24 years old, and married for one year, was murdered by three Dominican drug dealers on the streets of Washington Heights in Manhattan. In a separate incident that day in Upper Manhattan, Police Officer Christopher Hoban was killed when 3 drug dealers opened fire on Hoban and his partner while on patrol. Hoban was 26 years old. One of the killers was himself killed in the shootout and the other 2 were apprehended, convicted, and sentenced to 25 years to Life. The family of Officer Buczek, however, would not see Justice for 15 long years.

Justice was delayed because the murderers fled to their native Dominican Republic, which does not have an extradition treaty with the United States. In the case of Michael Buczek, a varied group of public servants formed a coalition in order to bring Buczek’s murderers to Justice. These included Officer Joseph Barbato, Buczek’s partner; U. S. Congressmen Guy Molinari and Benjamin Gilman; Howard Safir, a former DEA Agent and U. S. Marshall’s Chief who later served as New York City Police Commissioner; Joseph Occhipinti, Chief of the Anti-Smuggling unit of the Federal Immigration and Naturalization Service; and NYPD Detectives John Hickey, and Bernard Kerik and NYPD Chief Patrick Harnett.

Pablo Almonte, one of two surviving perpetrators, was captured in 2000; accomplice Jose Fernandez was captured and returned to the U. S. in 2002. In June, 2003, both men were sentenced to 25 years to Life for their role in the murder of Officer Buczek.  A Foundation, Scholarship Fund and Little League baseball team are today named after Michael Buczek.