In September 2009, Corporal Borja who was six months pregnant at the time was the victim of a “Hit & Run” accident while making a police stop, which resulted in the amputation of her right leg. Fortunately, Corporal Borja’s baby survived and is now two years old.

NPDF Executive Director Joseph Occhipinti learned of the plight of Corporal Borja in March 2012 during a tour of the Police Hospital in Quito and contacted the “Limb for Life Foundation” who generously offered to donate the prosthetic limb that included three weeks of rehabilitation. The procedure started on September 17, 2012 at the Scott Sabolich Prosthetics & Research Center in Oklahoma City and the NPDF funded all air transportation, lodging and related per-diem costs.

On October 10, 2012, Corporal Borja was honored at the 2012 State Troopers Coalition Awards Dinner with a “Valor Award” in recognition of her life threatening injuries and courageous efforts to overcome her disability. 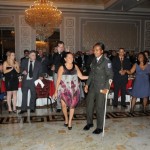 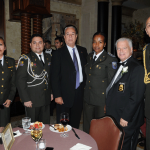 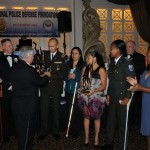 Read the Affidavit to the Consul General

On October 11, 2012, NPDF Officials traveled to Quito, Ecuador and delivered to Commanding General Rodrigo M. Suarez of the... END_OF_DOCUMENT_TOKEN_TO_BE_REPLACED