Michael and I wanted to take a moment to thank each and everyone who has helped us get through the past 18 months.  We wanted to provide an update on Joseph’s progress along with a brief recap on his battle with Tuberous Sclerosis Complex.

At the age of five (5) months old, Joseph experienced his first of thousands of seizures.  Within a week, Joseph was diagnosed with a very rare disease called Tuberous Sclerosis Complex (TSC).  Tuberous Sclerosis Complex is a genetic disorder which causes tumors to grow on various vital organs such as the brain, heart, kidneys, lungs and eyes.  In many cases, children grow up with mild to extreme developmental delays or even mental retardation.

In Joseph’s case, he was diagnosed with Cortical Tubers (tumors) located on his brain.  “Cortical tubers (from which TSX is named) can be thought of as a “birth defect” on the brain.  They are small areas in the cortex (the outer layer of the brain) that do not develop normally.  It is thought that the presence of cortical tubers which disrupts the normal wiring of the brain, is what causes seizures in individuals with TSC”

Over the past three years, Joseph has spent weeks at a time in the hospital as doctors tried medications/or combinations of medication to help control his seizures.  Sometimes as many as 50-60 seizures within one day.  (At 8 months old, his seizures activity was so severe, his brain and eyes could not coordinate and Joseph’s vision was lost for three months.  Luckily several combinations of medications helped control the seizures and his vision was restored.)

Unfortunately, medications were not able to control Joseph’s seizures for any length of time.  Joseph’s team of neurologists met and reviewed his case.  It was their opinion that we had exhausted all our medication options and that surgery may be the only alternative.  We needed to stop the seizures to give Joseph the opportunity to develop both mentally and physically.

In January 2006, Joseph underwent a three stage brain surgery to remove his Cortical Tuber (brain tumor).  The surgery was completed within a three week hospital stay in the Pediatric Intensive Care Unit at NYU Medical Center.

We are truly thankful that his surgery was a success and he is currently seizure free.  Prior to his surgery, Joseph was taking four (4) separate medications as much as three times a day.  Today, he is completely off two (2) medications and are slowly decreasing a third medication.

In the past 18 months, Joseph has begun to make amazing progress developmentally.

In September 2006, Joseph began pre-school.  He attends The Hagedorn Little Village School for Children with Special Needs.  He received hours of physical, occupational, feeding, speech and special education therapy with nothing but smiles.

Although he is unable to speak, his speech therapist remains optimistic.  Joseph has begun to babble.  He has been able to imitate some animal sounds.  He can say a few words including hi, car, bus and even Dad.  Joseph is working very had to gain some independence.  He is trying to feed himself and is currently learning to drink from a cup using a straw.

But, best of all, Joseph started to walk on his own in December.

Joseph’s battle is not over.  He needs continuous monitoring by all of his medical doctors.  See, this disease can and does affect the other organs throughout his lifetime.  We are told that Tuberous Sclerosis Complex has a nick name “THE LAND MINE DISEASE”.  Sometimes things pop up when you finally let your guard down.

We can report that Joseph has been given a clean bill of health from his cardiologist and neuro-ophthalmologist.  In June 2007, Joseph has an ultrasound of his kidneys and all is well.

In February of 2007, Joseph had a follow up MRI of the brain.  We met with his neuro-surgeon to discuss the findings.  We were advised that a new type of tumor called a Giant Cell Astrocytoma had appeared.  Right now we wait.  When, the tumor grows, it will need to be removed.

But for now, we, his parents, live in the moment, we smile, and watch our Joseph grows and develop into the little boy we had prayed for.  He is strong boy, full of determination, motivation and love.  What more could a parent ask for? 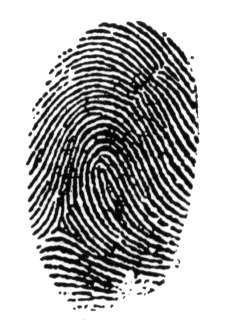 END_OF_DOCUMENT_TOKEN_TO_BE_REPLACED

The Bubbles for Babies is the official charity of the... END_OF_DOCUMENT_TOKEN_TO_BE_REPLACED

Michael and I wanted to take a moment to thank each and everyone who has helped us get through the... END_OF_DOCUMENT_TOKEN_TO_BE_REPLACED

Dear Operation Kids Supporter: I want to take this opportunity to personally “thank you” for your recent tax-deductible donation and... END_OF_DOCUMENT_TOKEN_TO_BE_REPLACED

Operation Kids will fund a $75,000 home renovation project for 2 year old Emma Robertson, the daughter of a NJSP... END_OF_DOCUMENT_TOKEN_TO_BE_REPLACED