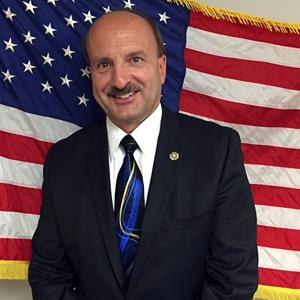 The National Police Defense Foundation is honored to recognize The Honorable Joseph D. Coronato as its “Prosecutor of the Year” in recognition of his of numerous accomplishments and law enforcement initiatives that he enacted in Ocean County.

Once in private practice, he became a Municipal Prosecutor in at least 15 towns in Ocean County and has prosecuted at the local, county, state and federal level. On March 22, 2013 he was sworn in as Prosecutor, the Chief Law Enforcement Officer in Ocean County, New Jersey.

Prosecutor Coronato lives in Toms River with his wife, Elaine and, has two children.